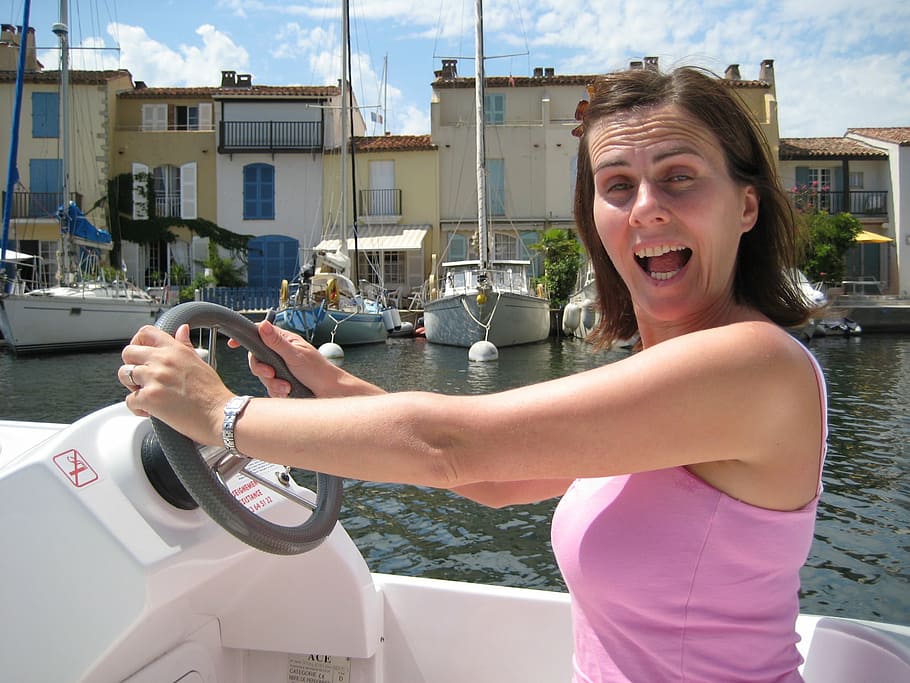 REDONDO BEACH, CALIFORNIA — Nora Buss spent a little over 3-months trying to meet the man of her dreams. Nervous to introduced herself to a man she saw at her local coffee spot, Nora simply followed him daily for over 3-months time.

When I first saw ‘Troy’ waiting in line at Java Joes, I couldn’t imagine my life moving forward without him. I was too nervous to approach him that morning, so I followed him to his work place. I sort of hung around all day and then I continued to follow him when he headed home for the day. Once I knew where he lived, I just couldn’t stop going to sit outside of his house every day. I would pretend that I was his wife and I was coming home to see my man! He lives right on the water too, so a couple of times, I rented a boat to check out the back of his house! It was really nice.

We didn’t know much about ‘Troy’, but with a little luck, we were able to connect with him. He works as a bank teller for Bank of America and he is also gay. Very, very gay.

We asked Troy what he thought about Nora.

Wait – what? That crazy chick I bumped into the other day was following me…for 3 MONTHS? Frankly, that freaks me the fuck out. How did she not see I’m clearly a gay man?

We asked that very question to Nora.

He’s gay? I don’t buy it. He is probably just playing hard to get or going through some sort of ‘phase’ in his life. He’s is single though, I do know that. In the last three months I never saw him with a woman, so he’s definitely single.

We then asked Nora how she ended up finally meeting Troy, face to face.

It was a totally magical moment. It pretty much played out like a Nicholas Sparks book. I knew when Troy left for work in the morning, so I waited a couple houses down and when he came out of his house to walk to his car, I jogged by, like I lived in the neighborhood or something. I also pretended to hurt my ankle at the end of his driveway and he fell for the bait. Troy came to my rescue! He asked if I was alright and I said yes. Then he said he had to get going and he left. It was amazing! I could tell immediately that we had a strong connection. I can’t wait to see him again!

Troy asked us to tell Nora to please leave him alone. Sadly, we had to tell Troy that it wasn’t our place.

I’m pretty sure I know what this Nora chick drives at this point, so the next time I see her car in my neighborhood, I’m going to jot down her license plate, and put a restraining order against her. Something’s off with that chick.

Just before press time, Nora left a message on our editor’s phone.

Sooooo, I just wanted to thank you for fucking up my entire life. Troy put a restraining order on me and now I can’t go within 1000 feet of him. He just took hard to get to a whole new level. I just ordered binoculars on Amazon and I just have to wait six months before I can see him again. I totally understand if he wants to take things slow.