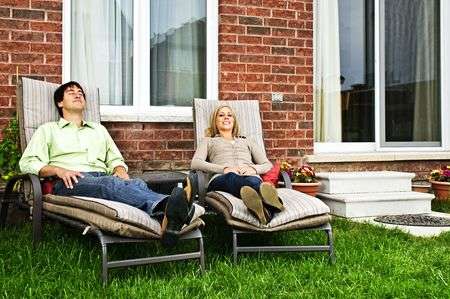 DENVER — This past weekend Maria Sanchez and husband Joe Sanchez were enjoying a rather pleasurable, relaxing weekend together. Drinks by the backyard fire pit, choice meats grilling on the grill and a few Corona Lights sliding down their hatches. Conversation flowed easily for the two newlyweds as they were still learning about one another. All was well, until Maria asked Joe what his favorite animal was.

“If you could save just one animal on this planet from forever being destroyed, what would it be?” Maria asked. “That’s an easy one, I would totally save the mongoose!”. Joe replied.

Maria’s once smiling face immediately fell to a look of disgust. “The fucking mongoose Joe? Seriously? Who the fuck are you — Jesus Christ Joe?”

As Joe attempted to explain his choice of animal to a clearly, distraught Maria — Joe took the butt end of a Corona Light to the temple. “I can’t believe I married such a pussy!” yelled Maria, as she picked up a lime wedge and chucked it over into her neighbors yard.

Speaking with Maria after the incident:

“We live in Denver, fucking Denver! We have grizzly bears, moose and shit — and my husband, the man I married, chose the little bitch mongoose as his favorite animal? I’m so done with him.”.

As we spoke with Maria, Joe could be seen sitting on a grass stained lounger holding his head in hands. He didn’t appear to be sad, he was most certainly holding a frozen bag of peas to his left temple.

As we packed up and left the Sanchez property, Maria could be heard telling Joe she was over him and to fuck off. Joe simply raised and held his middle finger in the air while screaming “Long live the fucking mongoose.”.

Dude With Zero Personality Sues Ex-Girlfriend For Past...