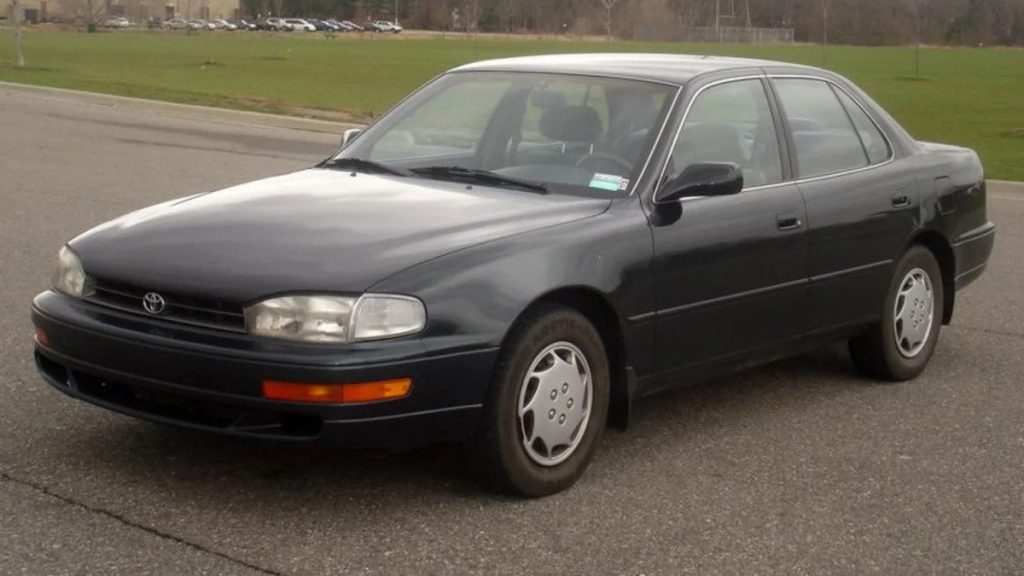 Automotive manufacturer Toyota has issued a recall on all of its 1993 Camry models due to the fact that the owners really should have bought sometime new by now. Within 30-days of the recall, all 93 Camry owners are to return their vehicles to an authorized Toyota dealership, where they will be immediately crushed and melted down.

News of the recall was quite concerning for 93 Camry owner, Nicole Meyers.

I have owned this car for the last 27-years and I think this whole recall thing is absolute BS. I mean, what the hell am I supposed to drive now? Is Toyota going to give me a new ride? Doubt it. I’m just super annoyed about the whole thing.

Meyers wasn’t the only 93 Camry owner that was peeved over the recall. Jordan White was a little more than pissed.

I knew I shouldn’t have bought this piece of shit car. I literally just bought it a week ago off of some chick on Craigslist. I bet she knew this recall was going to happen. Damn…I saved up a thousand dollars for this (kicks tires) and now I have to fucking give it back to Toyota? They can suck it. I’m going to continue to drive it and if the Toyota police want to pull me over and take the car…then I’ll deal with that when it happens. Just know Toyota, I’ll fuck you up if you try to pull some shit.

At the time of this writing, we were told Nicole did in fact return her Camry and is now taking the bus to and from work. However, we reached out to Jordan via email and he simply replied: