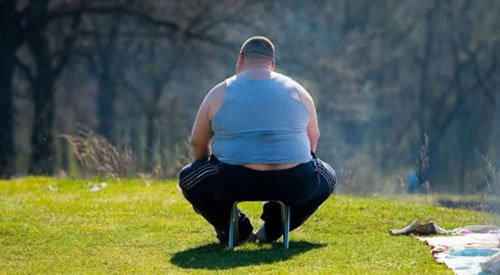 HOLLYWOOD — Just when you thought there weren’t enough bullshit TV shows on the TLC network, they come out with this shit.

A new TV show called ‘Fat Fucks and Little Ducks’ is set to air on the TLC network in late 2020. The show will feature super fat fucks that raise tiny ducks. Seriously.

Eight super fatties will be followed daily by a camera crew, capturing their daily activities as they raise a slew of tiny ass ducks. Four fat ass men and four incredibly chunky women will be featured in the first season of the show.

None of the participants are married (that should be obvious), although one big dude named Kevin has an on and off again girlfriend — but she is allergic to ducks, so there’s that.

In a short promo video for the series, Kevin can be seen rounding up his little bitch ducks while his ‘girlfriend’ watches from afar, tightly gripping an epipen. The music intensifies as Kevin’s fat ass rounds up the ducks, rain begins to fall and the camera focuses on the wet, muddy ground — making sure we notice that fat Kev can barely keep his balance.

Just as the promo video was getting good, Kevin slips and falls forward towards the group of ducks. The screen goes black. Then in some sort of anxiety ridden camera trickery, they show flashing images of Kevin’s floppy body (ass crack showing, of course), laying in the mud. The impression we are left with – is that Kevin just fucking flatted a few of those little duck bitches.

That’s the show. It sounds like shit – but props to the producers for putting together a fucked up, yet mildly entertaining promo.