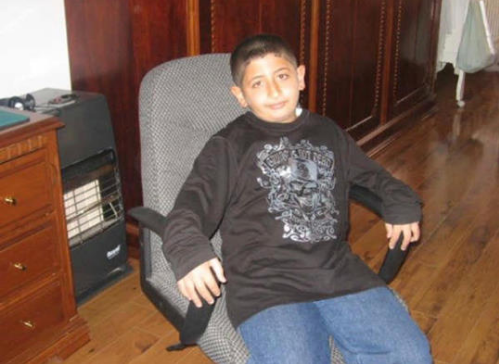 LOS ANGELES, CALIFORNIA — Luis Rodriguez got home from a long days work to find his son, Emanuel, sitting in his office chair and staring blankly into the nothingness of his pathetic surroundings. Luis told him to get his ass out of his chair, but Emanuel didn’t move, nor did he acknowledge his dad what so ever.

I yelled, Emanuel, can you hear me? And he just starred out into space like a damn moron. When he finally snapped out of it, I told him to get the fuck out of my chair and he’s like, ‘I can’t’. I’m like, what the fuck do you mean you ‘can’t’. I mean, come on brah, use your damn legs and get the hell out of my chair. He just kept telling me he can’t and that his legs don’t work. Shit like that. • Luis Rodriguez

Come to find out, Emanuel had been given some THC gummies from a friend at school.

Finally I just yanked Emanuel’s scrawny little ass out the chair and he fell to the floor like an little baby. I grabbed him, looked him dead in the eyes and said ‘what the fuck is going on with you?’. He could barely talk, all I heard was gummy bears and high. I knew exactly what he was talking about though. I asked him ‘are you fucking high brah?’. And all he said was ‘yeah brah’.

Luis told us Emanuel stays on the floor, in the same spot, for six hours. When he finally moved, he army crawled to his bedroom. We caught up with Emanuel prior to publishing this article and this is what he had to say about the situation.

When my dad first came home, I could barely understand what he was saying to me. He was right in my face, yelling at me, but It sounded like I was under water. I couldn’t move my legs, or my arms for that matter. I could barely think. My bro Thomas had given me a handful of weed gummies at school. I took two, but didn’t feel anything, so I just took all 12. Within a few minutes I was blazed out of my mind. It’s a big no-no to sit in my dads office chair, so I knew I fucked up, but I just couldn’t move. Damn that weeds be strong.

Luis didn’t end up punishing Emanuel for the stunt, he instead asked Emanuel to hook him up with Thomas so he can get in on some of those gummies.