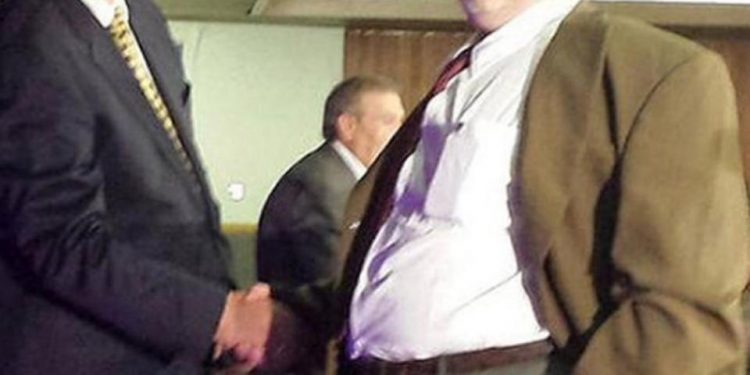 PEORIA, ILLINOIS — Peoria Mayoral candidate Bill Boseman is struggling in the polls. Once one of the top 3 candidates, Boseman is now dead last. An infuriated Boseman doesn’t have a solid explanation for the sudden drop, only theories.

I have been going around doing meet and greets, shaking the hands of locals – I just don’t get it. I’m a likable guy, a little overweight, probably not the cutest of the bunch, but I’m likable and I love Peoria. I wish I knew why I was dropping so hard in the polls so I could fix it. • Bill Boseman

We decided to spend the day in Peoria speaking to locals in order to get a better understanding on what exactly is happening with Boseman’s campaign.

I always liked Bill, he really is a nice guy. But his hands, uck…they are so sweaty and gross. I couldn’t imagine him as Mayor of Peoria. Just picturing him inserting those big damp mitts into unsuspecting citizens is enough to make me vomit. • Julie F.

Bill had my vote 100%….up until he shook my hand last week at his campaign rally. His hand was soaking  wet, so much so that a little sweat dripped from my hand on to the floor after he let go. I think he needs to get that sweating issue under wraps before he thinks about making decisions for Peoria. • Charlie W.

I graduated high school with Bill and he is just as sweaty palmed today as he was 30 years ago. I’ll probably vote for him – I’ve always felt so bad for him. • Margaret S.

Bill, Bill, Bill…that sweaty son of a bitch. There is no way this guy can make a living going around shaking peoples hands. Christ…he shakes enough hands in one place he’s bound to cause a flood. • Tucker T.

We didn’t have the heart to tell Bill in person what we found out…so hopefully he sees this article and gets clued in.