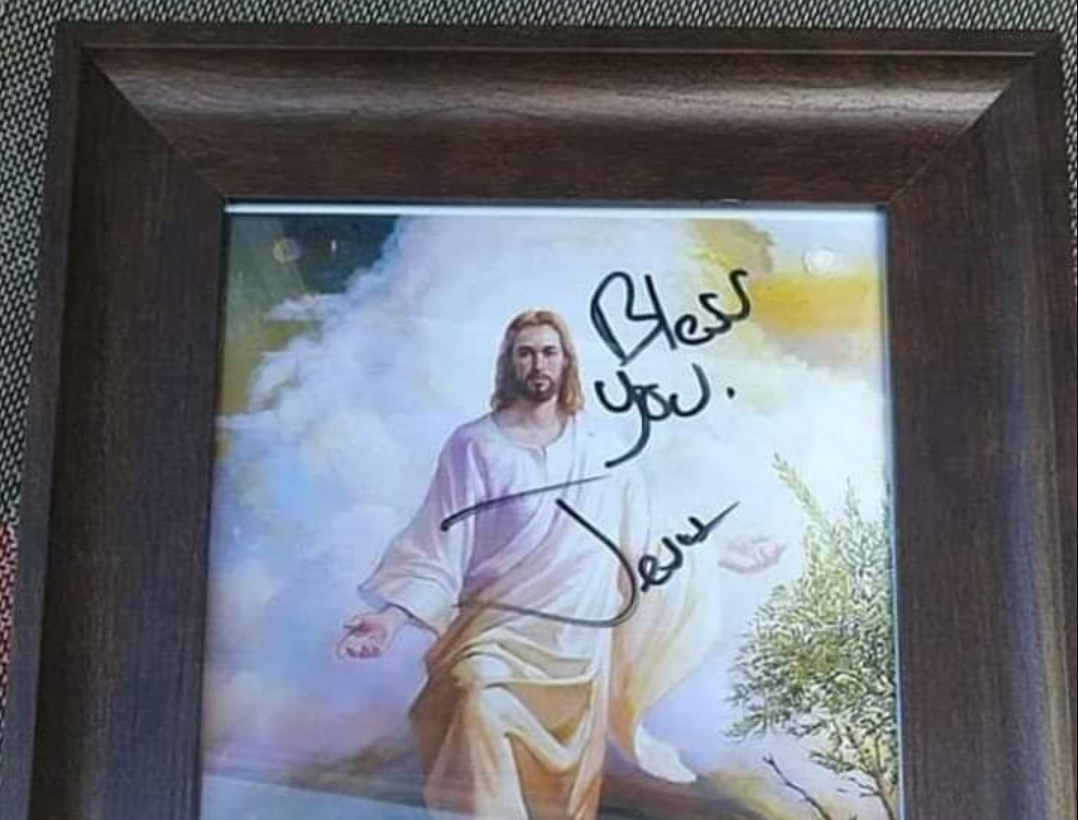 A rare photograph of Jesus, signed by himself is officially for sale. The framed photograph surfaced recently on the Facebook Marketplace. The price? $1,000,000 or best offer. Which, for an autographed photo of Baby J, is really a steal.

Offers began flooding in and if you wanted in on this action, you most certainly needed an ark to stay afloat in the bidding war.

Despite the clear legitimacy of the autograph and photograph, there were some people who believed that it was a fake.

Come on man, I compared this to an official autograph of Jesus and this looks a bit off. • Facebook Commenter

To which the seller replied:

First of all, through god, anything is possible.

Wtf, there is no way Jesus had a Sharpie when he was around. I’m torn, because the signature does look legit. • Facebook Commenter

Jesus could turn anything into any item he wanted. My grandmother told me the story about how the autograph was acquired. I guess someone asked Jesus for his autograph and he literally took a stick that was on the ground, turned it into a Sharpie, signed the pic and then turned it back to a stick. He said God bless and then he peaced out.

The listing ended up getting removed from the Facebook Marketplace as it violated one of their bullshit rules.