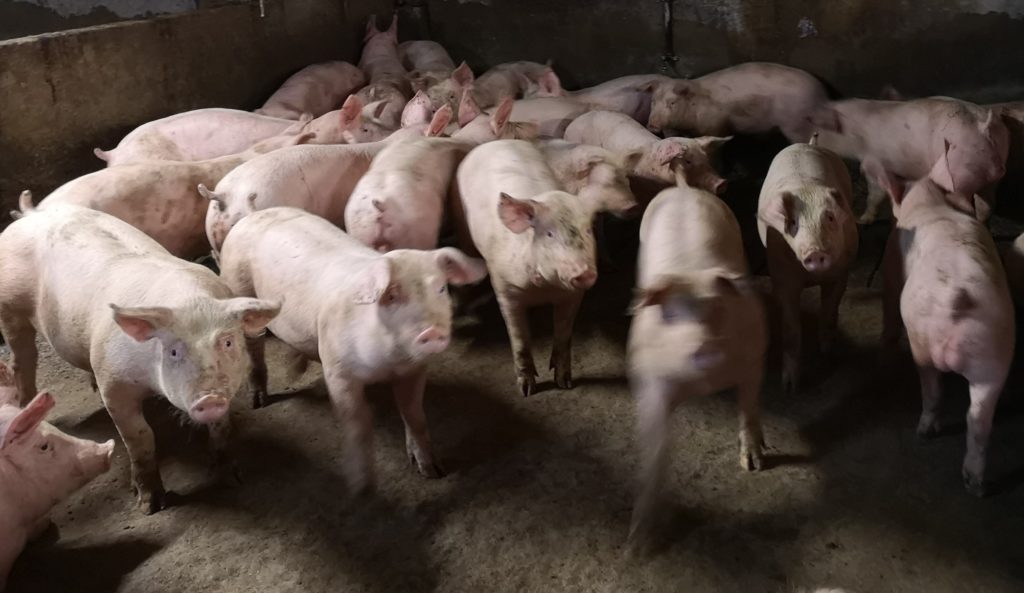 BIRMINGHAM, ALABAMA — Roughly 1,000 pigs took to the streets of Birmingham over the weekend to protest the fact that turkey bacon has become so wildly popular among Americans.

Farm owners also rallied along side their pigs. The pigs squealed loudly, destroyed property and a few even started fires in the Birmingham market square. Police tried to keep the protests peaceful, but they too kept being called pigs and that was just super weird for them.

Nelson Emery owns a small pig farm in rural Alabama and he was in attendance at the pig protest, along side his own pigs.

I couldn’t agree more with the pigs! My pigs know I’m going to kill them, turn them into bacon and sell that bacon to the highest bidder, but that’s not the issue at hand. The issue at hand is that these god damn turkeys are taking over the bacon market. I can’t breed turkeys on my farm, I only have these fat ass pigs, so the the turkeys are a threat to my livelihood – and my pigs know that! My pigs care for me.

The entire protest lasted two days and during that time period 6-pigs were killed. The pigs were killed after being trapped in a burning Payless shoe store. It was reported that the entire market square was filled with the delicious smell of ‘real’ bacon.

Some pigs had to die in order to take a stand and institute change, that is a sad reality. One little piggy even got scared. The entire ordeal was basically a big F YOU to the turkeys and their weak ass bacon. I think the people really saw that pig bacon is the way to go. I do know that after the fire incident at Payless, our bacon sales rose almost 125%.  – Nelson Emery