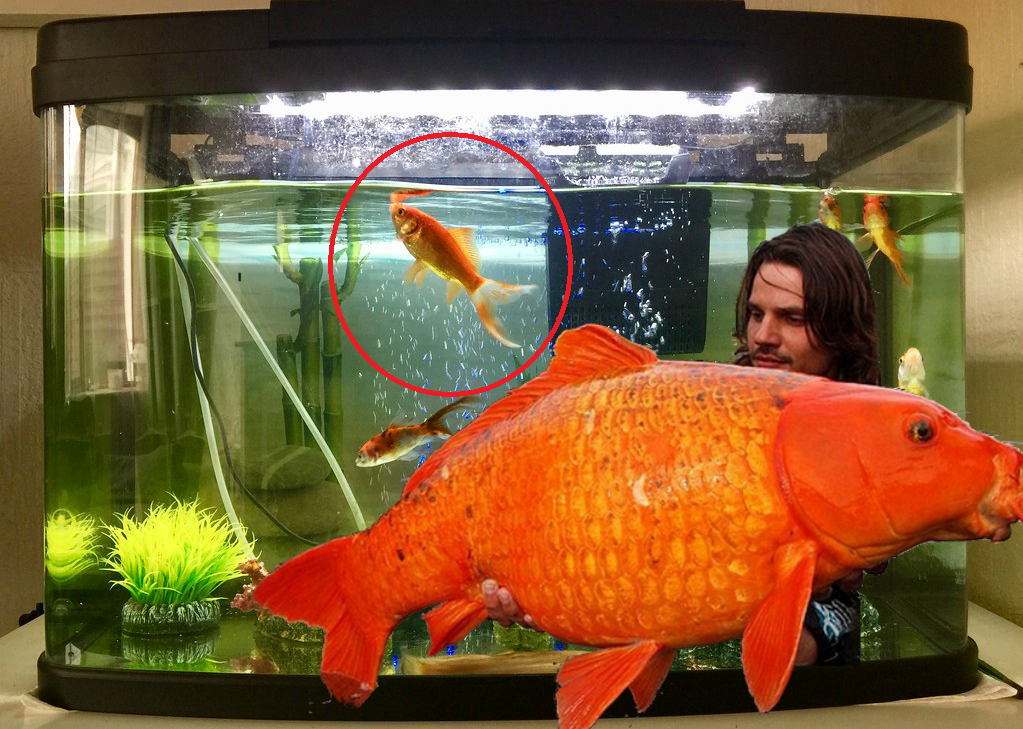 BOISE, IDAHO — Jim Barnard wanted to save a few bucks on fish food, so he decided to purchase a generic brand of food on Amazon. After a few weeks of feeding his pet goldfish ‘Jax’ the generic fish food, Barnard woke up one morning to quite the surprise.

I was sick and tired of spending a ton of money on fish food, so when I came across a generic version of the food I was using on Amazon – I was thrilled. It saved me like $1.29 per can of food, so it was quite the savings. I started feeding it to my fish and the only one who seemed to like the food was my goldfish, Jax. After about two weeks, I wake up one morning and head into my living room to say good morning to my fish and Jax is fucking sticking out of the stank. Like legit, half of his body is outside of the tank. The tanks glass eventually cracked and there was water and dead fish all over the place. It was a real fucking mess. I quickly filled up my bathtub and placed Jax in it. Damn was Jax heavy… • Jim Barnard

We checked out the brand of fish food that Barnard purchased and based on the Amazon reviews, it would seem that Barnard isn’t the only one who has had this experience. Barnard really should have read the reviews first.

The first review on the sellers page, read:

I purchased this item to save a little cash. Within two weeks I had about 65lbs of dead goldfish all over my bedroom floor. It was like Jumanji or fucking Jurassic Park up in there. • A. Barkley

I don’t know what is in this fish food, but sweet baby Jesus. I had one goldfish in a tiny bowl on my kitchen, it was my daughters fish. One morning I awoke to her psychotically screaming. I rushed downstairs and her fish ‘Precious’ was like 40lbs and flopping all over the floor. There was glass everywhere from the fish bowl exploding and my daughter cut her foot. We had to release Precious into a nearby lake. And to top it off, a couple of days later my family was eating dinner and the local news was on. Someone fisherman had caught Precious and there she was…hanging from a hook, dead as fuck. My daughter is a complete wreck. So yea…don’t buy this fish food unless you want to pay for extensive therapy down the road. Generic bullshit. • S. Caron

The Amazon listing was eventually flagged and removed from the website.

Jax is still alive and currently eating brand name fish food. Barnard built him his own pond in the backyard. He sent us a picture of it, and it’s basically a massive tire covered with a tarp and filled with dirty water. 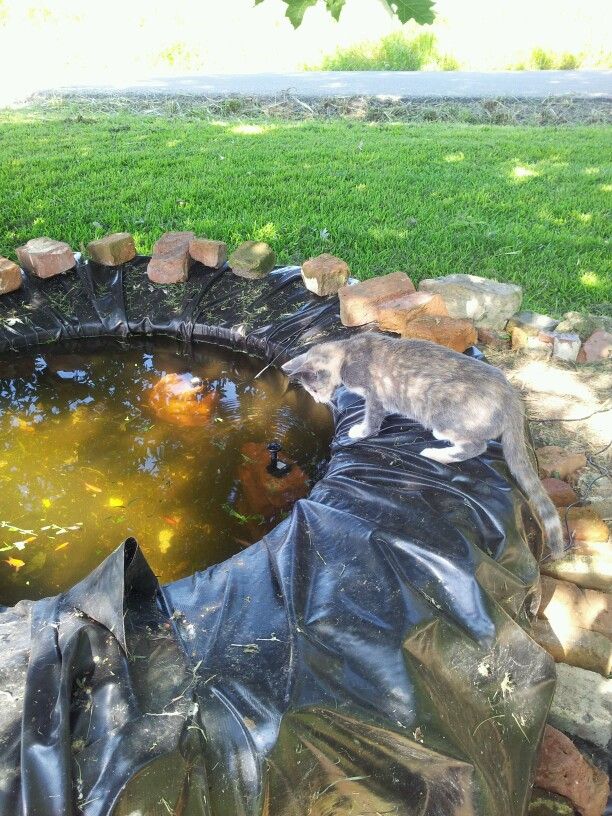