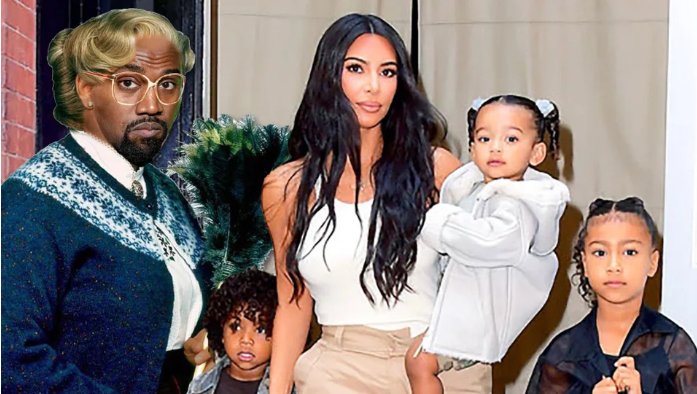 Los Angeles, California — The paparazzi of Los Angeles snapped a photo of Kim Kardashian and her newly hired nanny out on the town. The nanny appears to be a woman in her 60’s that shares a slight resemblance with Kardashian’s ex-husband, Kanye West. It has been reported that the nanny’s name is Kanyella East and was hired based upon how well her children gravitated towards her during the interview process.

We reached out to Ms. Kardashian for comment, but never received a reply. We did however receive email correspondence from Ms. Kanyella East.

We asked Ms. East how she is liking her new job and how Ms. Kardashian is to work for. This was her response:

I just love the Kardashian family, they really feel like they are my own family. Kim is a true pleasure and if I wasn’t a 67-year-old woman, I would hit that for sure. The children are just a pleasure and I have been treating them as my own. I’m not too sure about Kim’s oldest son though – he is full of tattoos and really skinny – I think I will need to fatten him up a bit. He is rather funny though, very comedic – could use a tan too.