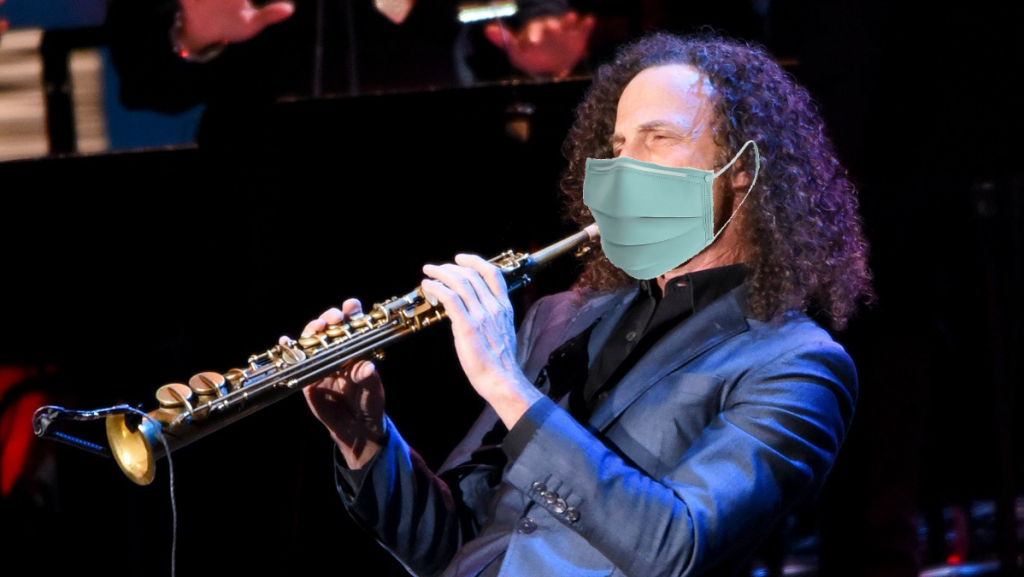 CHICAGO — Famed saxophonist Kenny G is finding it extremely hard to perform a set while wearing a face mask. With a new series of ‘drive-in’ concerts currently taking place across the U.S., Kenny G isn’t impressed that he has to wear a face mask while playing the saxophone. In addition, concert goers can’t recognize any of KG’s tunes because they all sound so muffled.

Jennifer G. and her boyfriend Kyle C. have waited nearly two years for Kenny G to come to Chicago and perform. So when he showed up last week, they just had to attend.

We showed up to the show, grabbed a couple of beers and settled in to enjoy some Kenny G classics, we were just so ecstatic! When Kenny walked out on stage wearing a face mask we thought ‘how the hell is he going to play the sax while wearing that foolish thing?’. He put the sax to his mouth, (not removing his mask first) and he started to blow hard on that thing. It was the worst fucking sound Kyle and I have ever heard. This continued for two dreadful, long hours. I mean, he could have cut a hole in the mask if anything. – Jennifer G.

Kenny G released a statement after fans took to Twitter to bash on the sax junkie.

I am not a fan of wearing a face mask and playing the saxophone. I understand that the sound is greatly different while blowing into a sax through a cloth face mask. I know the songs don’t sound anything like they should, especially ‘Songbird’. I’m trying to perform while all the while being safe. I’m not a tough, hardcore rock star, I’m Kenny G – a mild, sensual, safe, sexy, saxophone player.