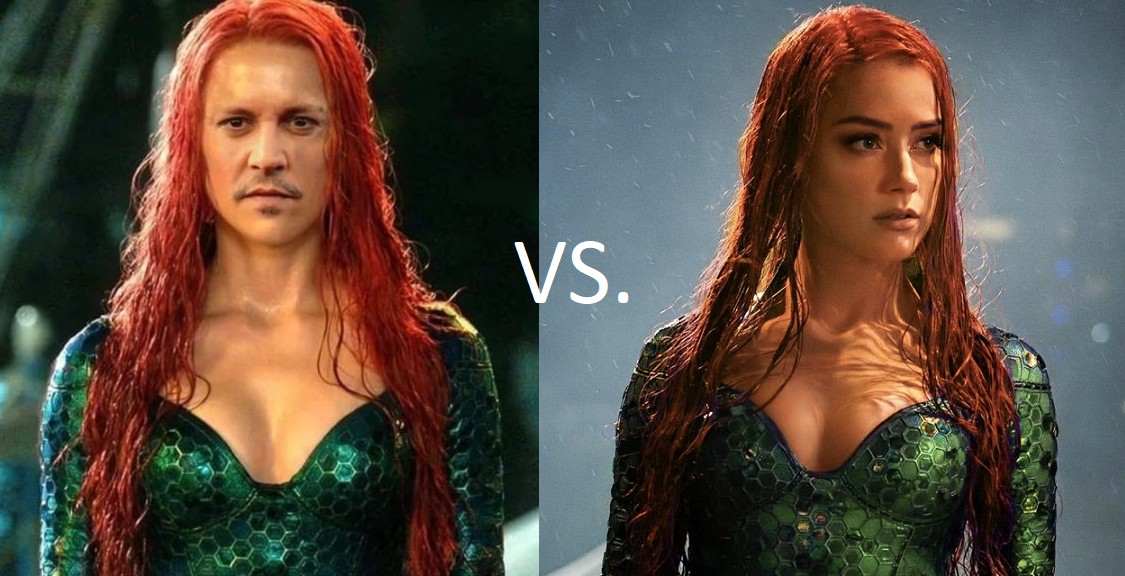 Fairfax Country, Virginia — Johnny Depp’s legal team has asked the court to consider Ms. Heard relieving her role in Aquaman II to Johnny Depp as part of the current defamation lawsuit that Mr. Depp has brought against Ms. Heard.

It appears that Johnny Depp has already conducted multiple auditions for the role of Mera, Aquaman’s love interest in the movie. An image of Depp leaving one of those auditions dressed as Mera can be seen above.

We reached out to the movie’s production company for comment on the matter and this was their response:

Yes we did in fact have Johnny come in to audition for the role of Mera. It does appear that this court case is swaying in Johnny’s favor and we have a role to fill. Should Johnny win this bitch, then Ms. Heard will have to give up her role as Mera, to Johnny. Which is fine with us, because we really don’t want to be accused of beating the shit out of her while on set — and as we all know — she is pretty damn good with a makeup brush and a little lipstick! — Phil C., Aquaman Production

In addition to receiving a response from the production team of the film, we also received a brief statement from Mr. Depp’s legal team on the matter:

Do we really need to comment on this? Fucking guy is a legend. You ever see ‘What’s Eating Gilbert Grape’? or ‘Edward Scissor Hands’? Absolute. Fucking. Legend. We believe that Johnny is a much better fit to play the role of Mera, versus that of Ms. Amber Heard. I mean…you have seen Ms. Heard’s acting right? Just watch her first two days on the witness stand…she’s the only human who can cry without crying. Her acting simply isn’t believable, while Johnny’s acting is dope as hell! — Johnny Depp’s Legal Team