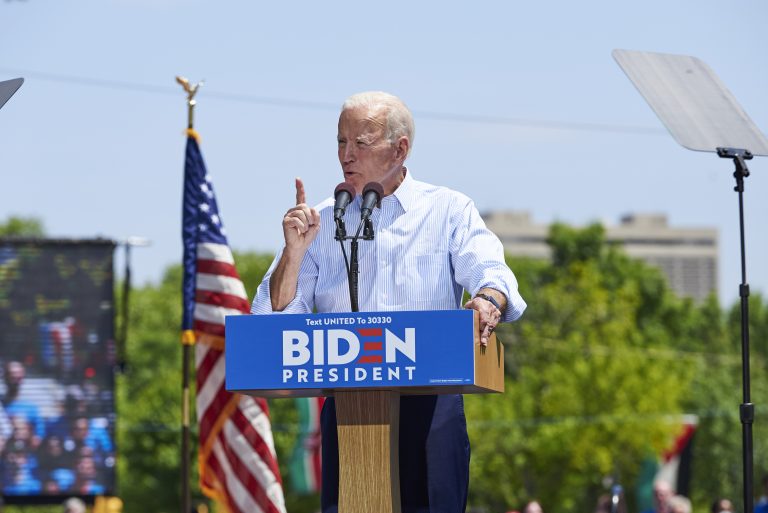 LINCOLN, NEBRASKA — Joe Biden is hitting the presidential campaign trail and while on a recent stop in Lincoln, Nebraska, Biden addressed a crowd of 8,500 people who had no fucking idea what he was talking about.

A giant American flag waived effortlessly behind Biden as he addressed the crowd of flatlanders. His words appeared to be slurred at times and most all of his speech was filled with utter nonsense.

The most awkward and confusing part of Biden’s entire speech however, was when the presidential candidate continually spoke the word ‘gabagool’ and appeared to use the word to end every sentence of his speech.

A few crazy ass excerpts from the speech are as follows:

Together, we can take the monkey’s to the trash, gabagool!

I won’t let a pack of oranges take our soil and throw into the mighty Mississippi, gabagool!

One supporter and attendee of the rally, had this to say about his experience.

I showed up to this rally to support my bro, Biden. He is obviously the better of the two presidential candidates – at least that’s what I thought. Once I started listening to this crazy son of a bitch, he seemed senile as fuck. Not one person in that crowd could follow what he was saying. He was talking about animals, his hairy legs, fruits – and what in the actual fuck was up with him ending every single sentence with ‘gabagool’?

We reached out to the Biden camp for comment, but our emails and calls were not answered.

In total, Biden spoke the word ‘gabagool’ over 65 times during the 1.5 hour rally.

The only thing that the rally accomplished was making me hungry as fuck and it had me wanting to re-watch the Sopranos as soon as I left there. – Sandy M.