Golfer Believes He Won Golf Tournament After Hitting Hole In One 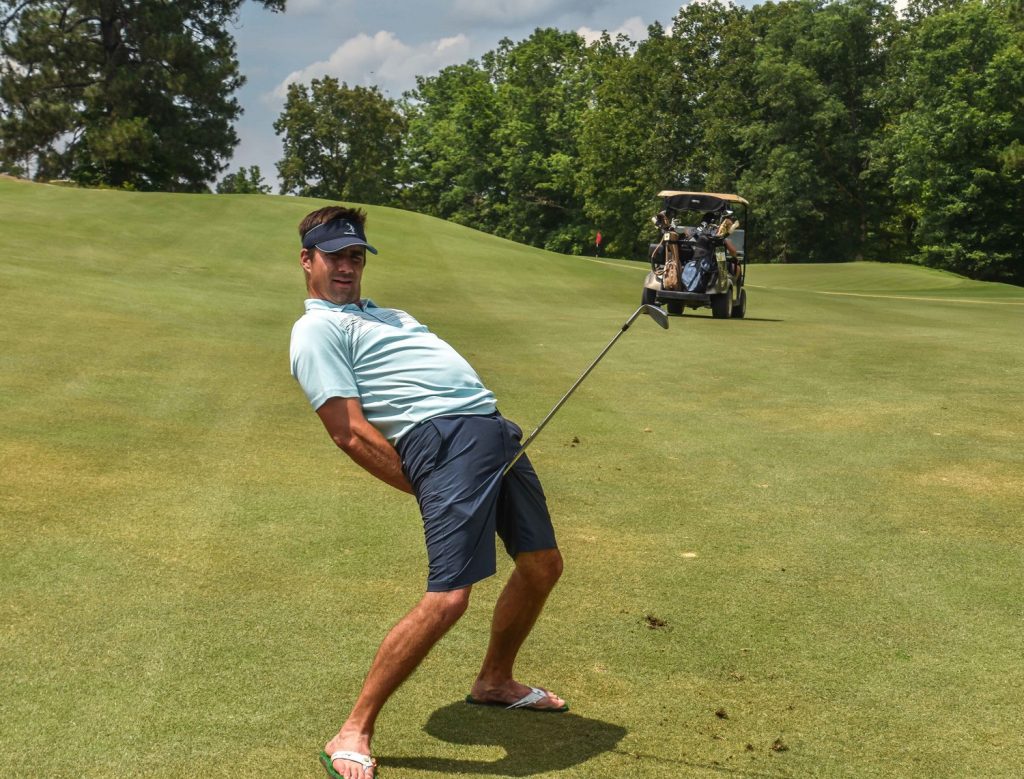 GEORGIA — When Seth Hawkings nailed a hole in one on a par 3 during his church’s ‘Summer Sizzle Open’ golf tournament, he knew (or thought he knew) he won the whole fucking thing.

The wind was just right and God was clearly on my side. I lined up my shot, took a couple practice swings and let her rip! At first I thought the ball was headed for the dunes, but it seemed like an angel just carried the ball over the dunes and right in the hole.

Churchgoers couldn’t believe it! It was only the second hole during the 18 hole tourney, but once Seth landed the hole in one, he just walked off the course and headed to the clubhouse – telling everyone he won the whole fucking tournament.

We were all cheering for Seth after he nailed that hole in one, giving him pats on the back and he starts crying, happy tears of course. He just kept saying ‘I can’t believe this, I can’t believe I won the whole Summer Sizzle’. Everyone there tried to tell him that he didn’t win the tournament and that he had 16 more holes to go, but he just didn’t get it. – Pastor Greg

Once at the clubhouse, Seth attempted to buy everyone a round of beers to celebrate.

I showed up to the clubhouse to buy everyone a round to celebrate my win, but the clubhouse was empty. I guess everyone was out watching all those losers play golf and try to get their own hole in one. But ha! Jokes on them, I had already won the tournament! They are just silly!

The Pastor’s son Alec actually ended up winning the golf tournament. He received a championship tournament trophy that is now on display in the church entryway.

We called Seth prior to publishing this story and wanted to ask him if he still thought he won the tournament and if he had seen Alec’s trophy.

Of course I won the tournament! I saw that lame ass trophy at church last Sunday. It’s clearly a sympathy trophy because Alec is the pastor’s son. Whatever. I didn’t see Alec get a hole in one. Alec is a good golfer though. And sort of a little bitch.