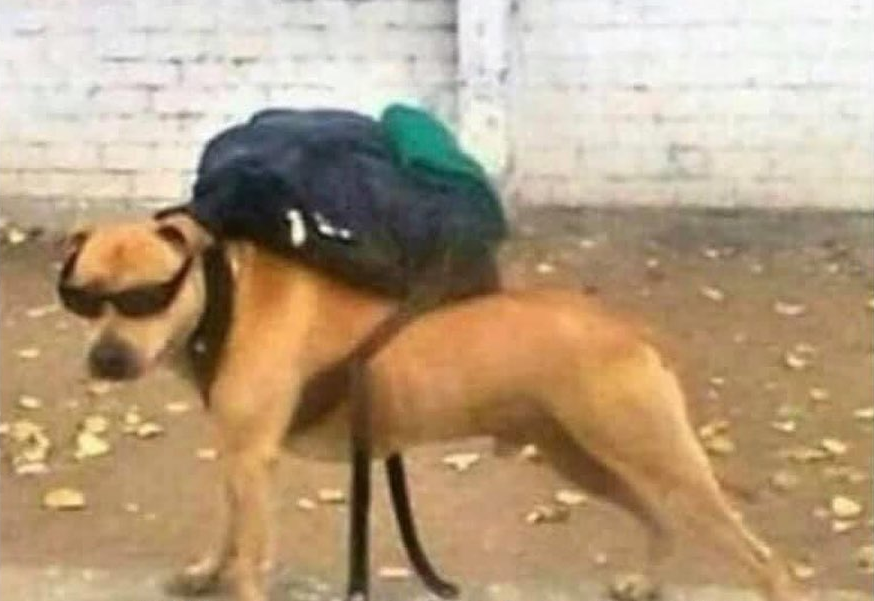 LANSING, MICHIGAN — Cody the dog has had enough with America’s bullshit and he’s heading off to Canada. According to Cody’s owners, he’s pretty much a go with the flow sort of pup. But after he watched the Presidential debates between President Trump and Vice President Biden, he’s out.

We woke up this morning and Cody was all packed up and waiting by the front door. He was very agitated and had been all night. It all started after we shut off the Presidential debate last evening and clearly the debates set him off. We put a map down on the ground in front of Cody and he put his paw on Canada, so we opened the door and he took off. We wish him the best and if I can be truly honest here…my wife and I are a bit jealous of him right now. • Mark Robinson