English Springer Spaniel Not Ready To Be A Stepdad 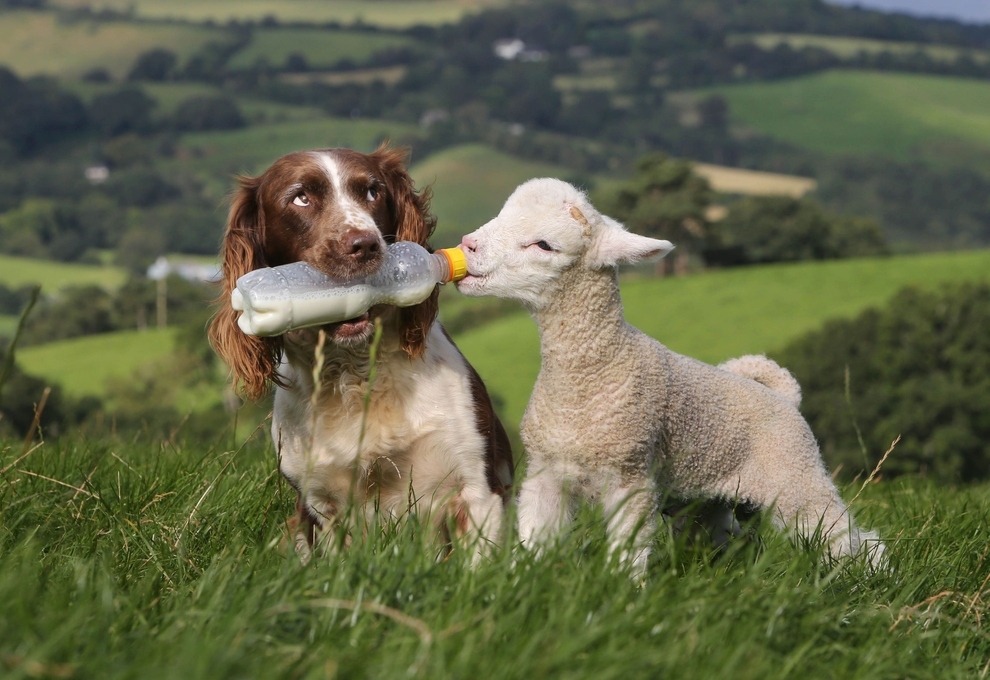 DES MOINES, IOWA — When a Des Moines, Iowa sheep dog became romantically involved with one of his owners sheep – he didn’t realize that she had a baby. In recent weeks, the pup has been seen bottle feeding the lamb, most often times rolling his eyes and panting excessively while doing so.

Sparky has long been a player on this farm, but I don’t think he is ready to be a stepdad by any means. He’s only two and he wants to spend his down time playing, flirting and just having a good time. It really pains me to see him so upset as he bottle feeds that lamb. • Mark Smith, Farm Owner