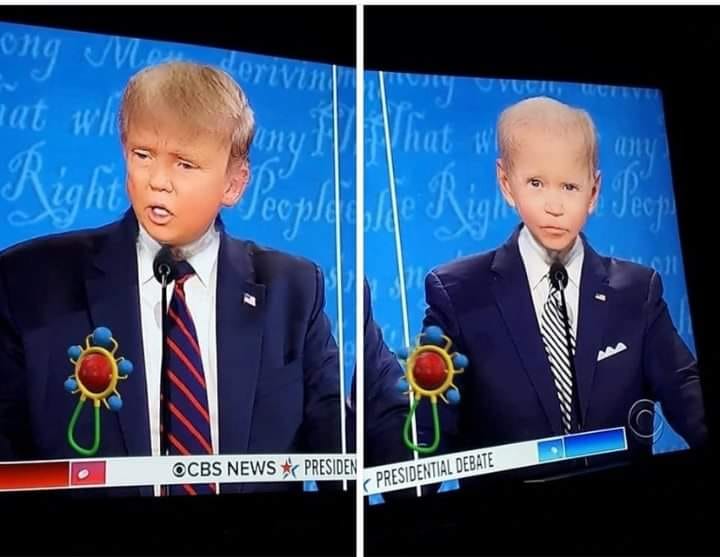 WASHINGTON D.C. — Two complete third grade-ass clowns, Donnie Trump and Joey Biden battled it out in an effort to see who will become the next third grade class president of White House Elementary. The debate took place on national TV, where millions of people bore witness to a complete shit show. At one point during the debate, tears could be seen streaming down the face of young Donnie, while high frustration levels had little Joey huffing and puffing like a little bitch.

Viewers of the debate could not believe what they had seen:

Damn bro…in all my years I never thought I’d see such a fucked up debate. Donald is over there basically saying he wants to make love to Nazi’s, while little Joey is staring straight into my soul through the tv. • Sid Coughman

When Joe called Donald a clown, that hit me right in the feels. • Donna Winters

I really felt bad for the moderator of the debate. This dude was like ‘shut the fuck up’ and little Don and lil’ Joe didn’t seem to give a shit. Even my kids were like, ‘Dad, these two are a bunch of whiny baby bitches’. And kids know shit, ya know. • Frank Lowell

I’m just not going to vote. After that debate fiasco, I think both deserve a spanking. • Marsha Mathers

Meanwhile in other news, one family’s pet dog decided to head off to Canada after witnessing the debates. You can read about that hero dog here.