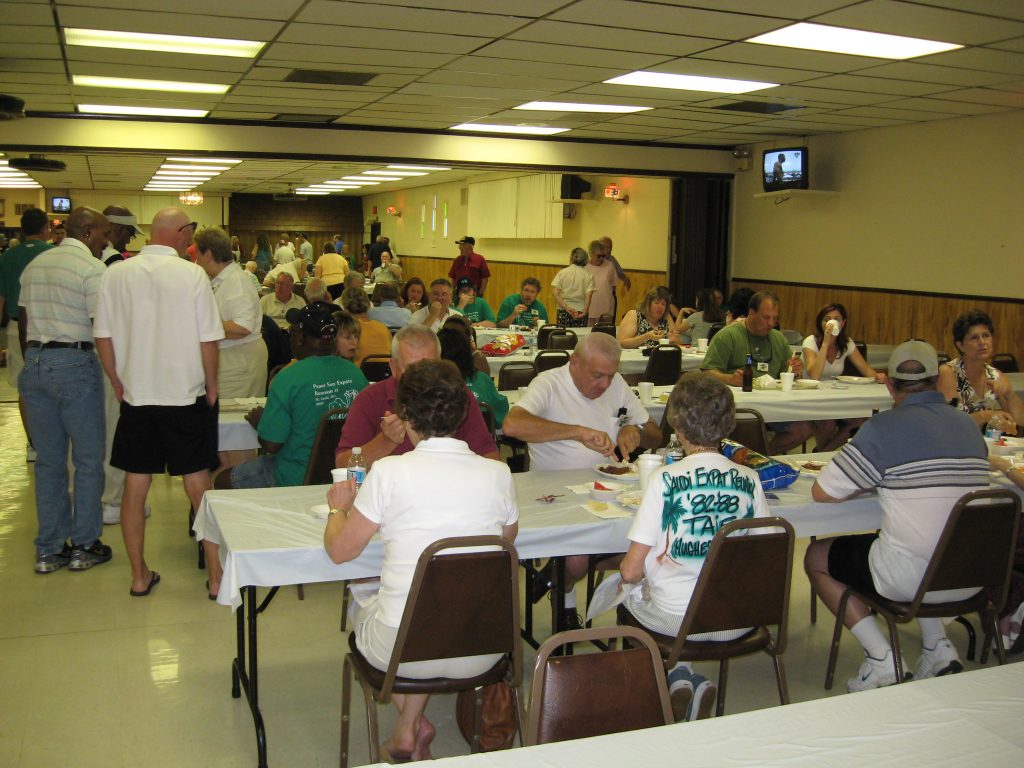 ORLANDO, FLORIDA — Creepy aunt Pat was forcibly removed from her own family reunion because she simply could not stop asking the men in attendance out on dates.

Cousin Ron and Uncle Tom had to each grab one of aunt Pat’s arms and actually drag her out of the VFW. It was incredibly embarrassing, but it needed to be done. The men she was asking out, they were her damn relatives. Like eeww. – Aunt Pat’s niece, Janessa

It’s reported that once in the VFW parking lot, aunt Pat grabbed a handful of nips from her car and tried to use the back door to renter the reunion.

Yeah I caught her…I caught her trying to sneak her dirty ass back into the party through the back door of the VFW. She was half in the bag, tossing back fireball nips and screaming for us to let her back in. She kept calling out for Joe, our second cousin – saying she just wanted to get to know him better. I mean, what in the actual fuck is wrong with this woman. – Grandpa Norman

Aunt Pat’s son sent us an email, letting us know that she never really made it back into the reunion. She eventually made her way into the entrance, but passed out cold next to the coat rack.