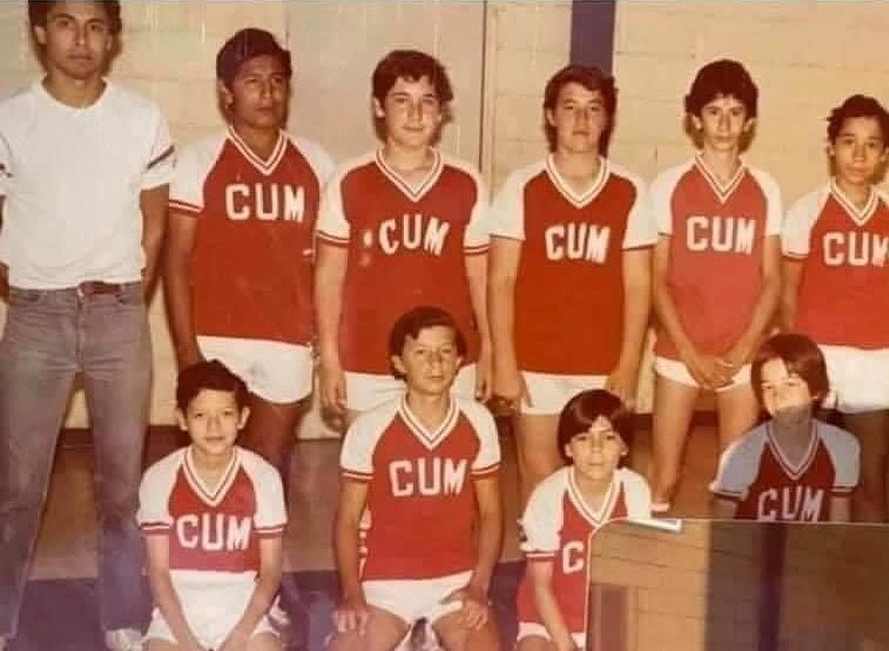 CORVELL, NEVADA — Mark Cody is the new head coach of the Corvell University Minors, youth basketball team. After a very successful bottle drive, the nine kids on the team had raised enough money for new uniforms. It was Coach Cody’s job to design and order the uniforms. And after a few different mock ups, Coach Cody decided on a final version and sent that design off to the uniform makers. The above photo is the teams first picture in those uniforms. The photo also marks their very first game of the season.

Not all of the players parents were thrilled about the final product however.

The CUM’s did end up winning the game with a 38-33 victory over the SLUT’s (Sherman Light University Titans).

We reached out to Coach Cody for comment and this is what he had to say:

These uniforms looked so different on paper when I was doing the mock ups, seriously. It wasn’t until I looked at all the players wearing the uniforms, that I realized I really fucked up – big time. I had two sets of parents call me a pervert and one dad gave me his phone number. We spent all of our budget on these uniforms, so we are screwed for the season now. I probably won’t coach next year. • Coach Cody