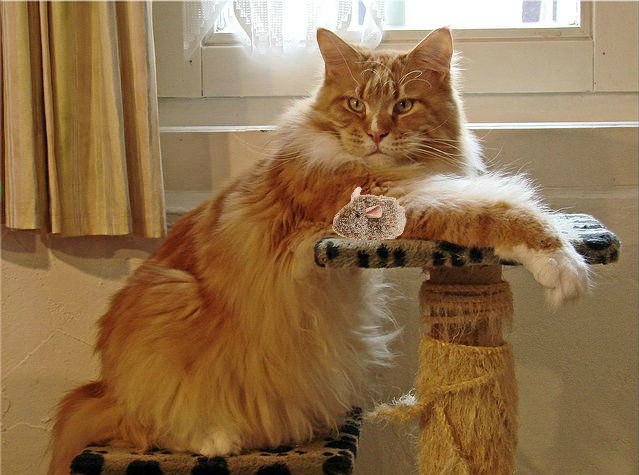 Big Rex is a six year old orange haired cat that lives a rather lavish feline lifestyle. A life filled with play, relaxation and an abundance of toys, Big Rex lived the life. Everything changed once Big Rex found out that his favorite toy mouse, was a fake mouse.

We spoke to Big Rex’s owner to get the low down on his new vibe.

For the last six years, Big Rex has been such a fun loving cat and then one day, he just turned into a fucking psycho. He started clawing at my face, hissing at me and just destroying all of his toys like a savage beast. I truly didn’t understand what was happening, but then I saw Big Rex sitting on his new cat tower with his his favorite toy mouse and he just looked so angry. I then noticed that there was a big ass hole in the mouse and the cotton stuffing was coming out from the back side. Just as I noticed it, Big Rex swatted at my arm and landed a kitty punch to my right bicep. I actually had to get 6 stitches because of that shit. I’ll probably just get him another mouse and see if he chills out a bit!